Hanging out at the Plaza Mayor, Salamanca, Spain

AlteCocker spent a lot of time just hanging out at the Plaza Mayor in Salamanca during August 2013 home exchange there.  There were always tourists coming and going.  Tourist information was there.  People had ice creams and drinks and watched the passing scene.  The lotto ticket seller came by hawking his tickets.  Lots of restaurants too.  Surrounding the Plaza Mayor, the largest one in Spain by the way, are medallions of the famous in Spain.  Many are not labelled and the names have worn off, so you can't tell who they are.  In the corner, though, there is one of the late dictator, Francisco Franco--still a controversial figure in Spain.  Because his medallion is frequently defaced, the medallion is made of plastic so it can be easily cleaned. 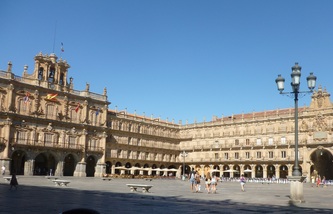 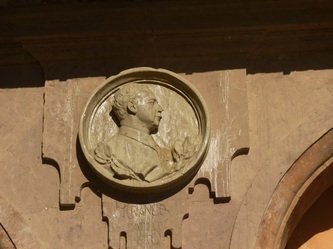 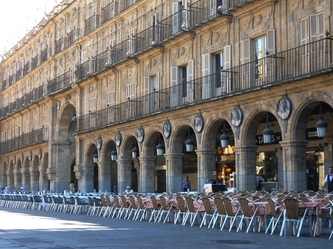 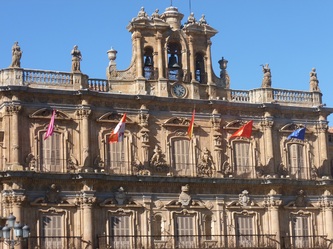 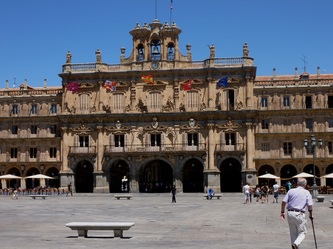 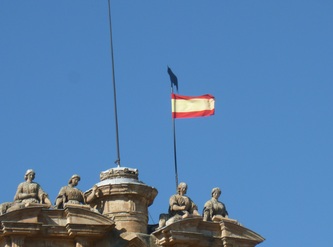 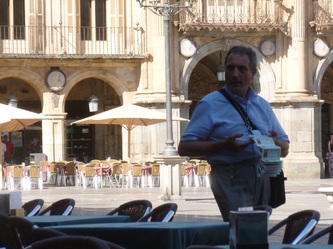 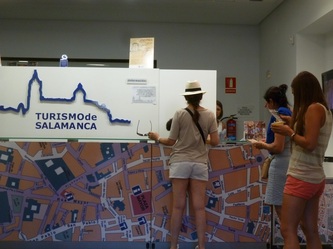 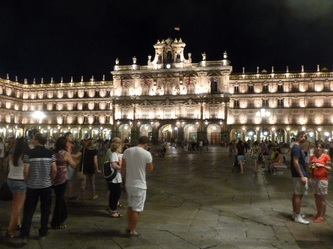 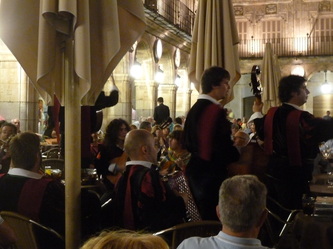 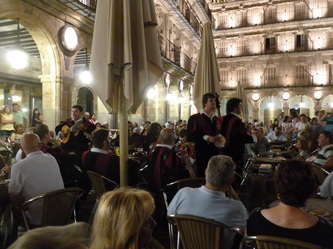 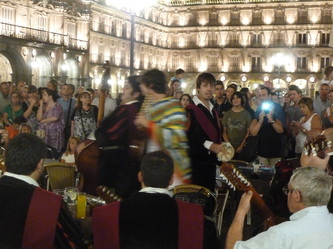 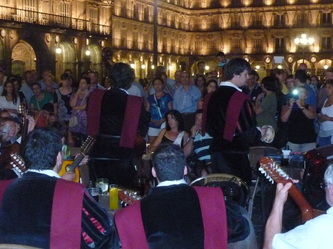 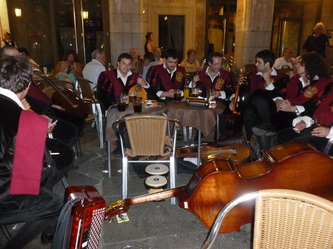