This was the most unusual day of the trip.  AlteCocker had called Base Camp Big Fork after seeing their brochure.  She asked them if there was any chance of dog sledding before leaving Kalispell on November 15th.  She was not given much chance given that there had not yet been any snow.  Of course, there now was snow--and much more in Big Fork than in Kalispell.  And so dog sledding was set for November 7th.  She was given instructions on how to get to Base Camp by owner Mark Schurke, a nephew of Paul Schurke, a noted polar explorer.  Rather than mushing 16 dog teams in the Iditorod, Schurke runs 6 dog teams for tourists and alternative activities for Montana vacationers in summer.

AlteCocker has never been to Alaska and never mushed before.  While she would have been allowed to mush the dogs herself, evaluating her 71 years of largely inactivity, she decided to play passenger and let Mark do all the work--a very lazy AlteCocker indeed.  Because this series of photos (most taken by Mark with the exception of the ones with Mark in them).

Big Fork was about 45 minutes from her exchange home in Kalispell.  Given the recent snow and her icy uphill driveway, AlteCocker allowed 1 hour.  The only difficulty was getting up the driveway but she triumphed and arrived at the dog mushing location precisely on time.  While she had bought extra clothing the day before, she should have bought waterproof pants!  The gloves that she thought would be just fine, well, were not just fine.  It was a really cold day.

Driving to Big Fork, AlteCocker noticed that the landscape had totally changed.  It seemed like another world from fall.  The trees were totally snow covered and it was as if she had never driven Rte 35 before.  She had driven it many times but she recognized nothing.  Using her trusty google maps she arrived precisely on time after a drive down a long snowy driveway.  Mark had provided excellent directions and, when she walked towards the dog pens, the excited Inuit dogs began howling and yapping.  "Pick me, pick me. I want to mush," they seemed to be saying.  Finally AlteCocker called Mark, who had not heard her come in and he came out and set up the dogs.  What a ride!  At the end AlteCocker's pants were soaked, her fingers were cold, but she was happy.

This adventure totally made her trip--and made lemonade from the lemons of the weather of the past few days.  Highly recommend the experience.  Perfect for the marginally adventurous or for the timid.  Schurke also offers winter camping by dog sled.  AlteCocker would have tried that if she had a group.  Too expensive for one person--and she would need a pile of appropriate clothing.  So, now she has pretended to be Roald Amundsen--even if only for a couple of hours.

For more information click on the link to Base Camp in the first paragraph and have fun in Montana! 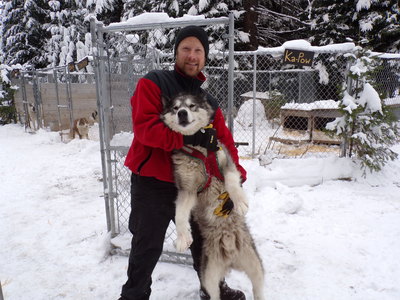 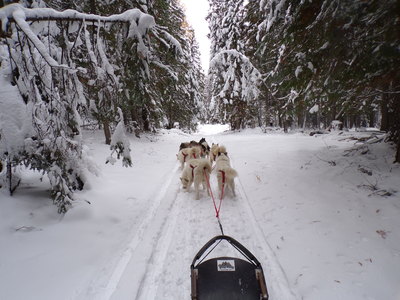 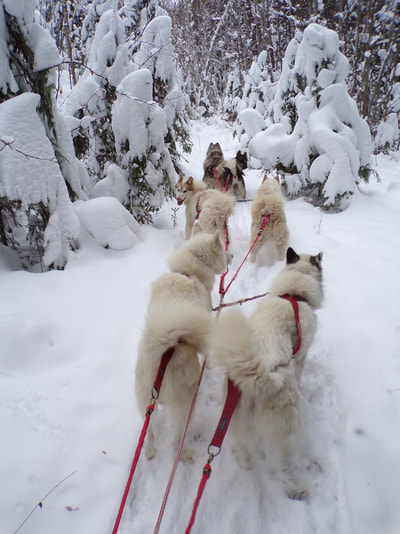 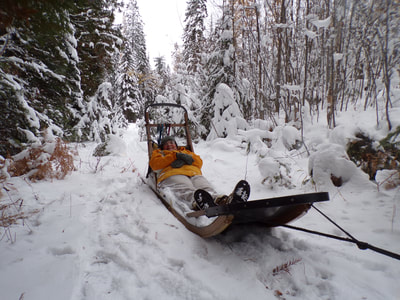 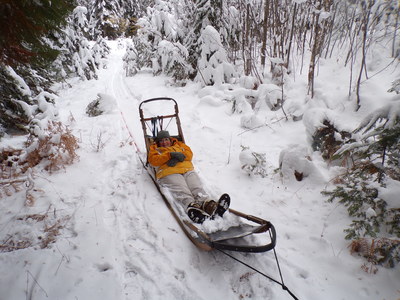 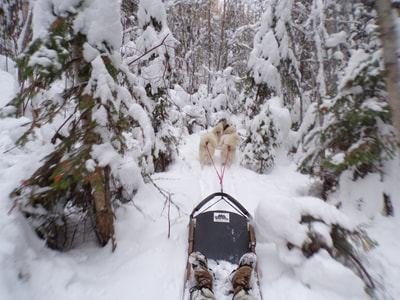 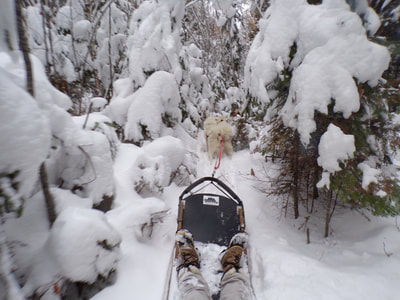 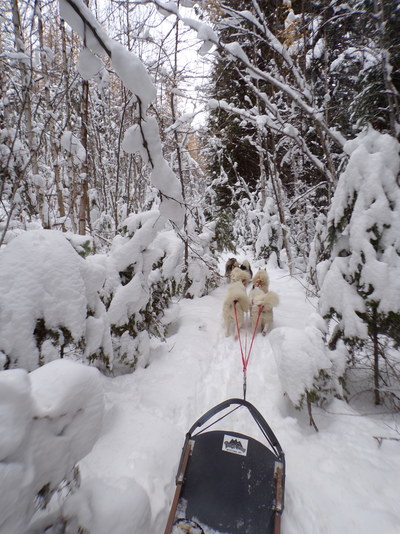 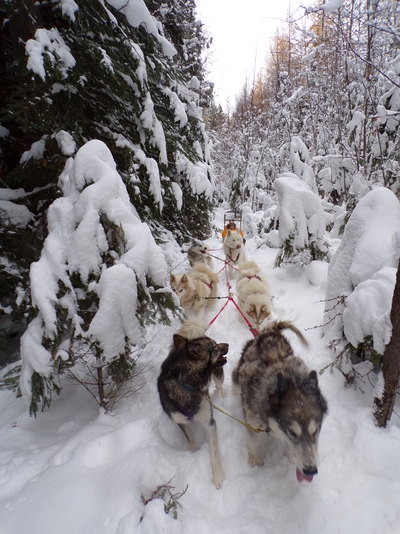 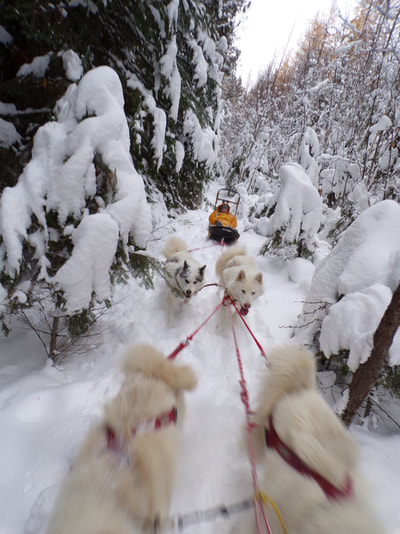 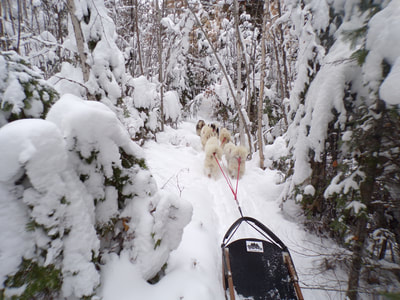 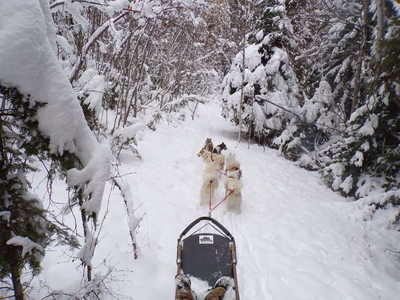 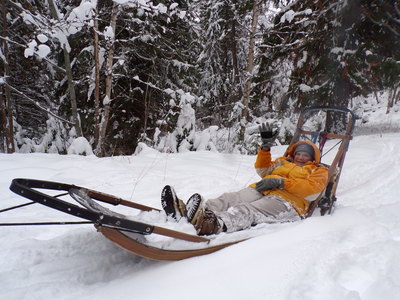 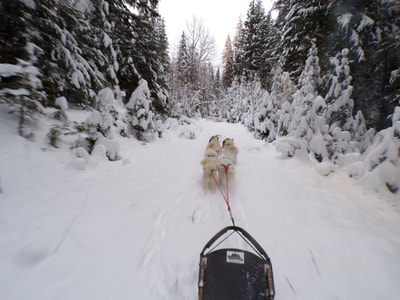 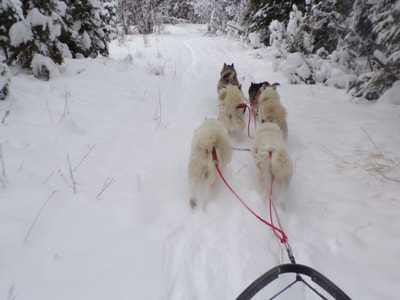 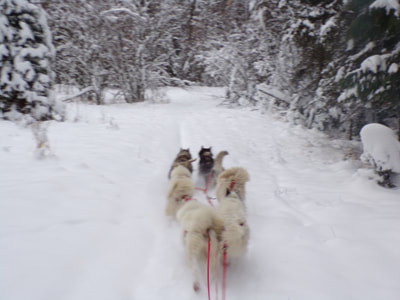 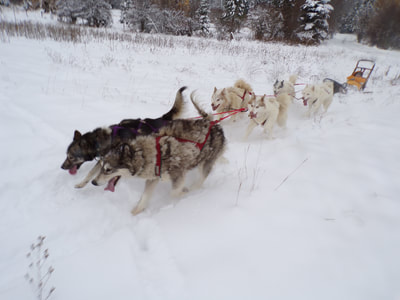 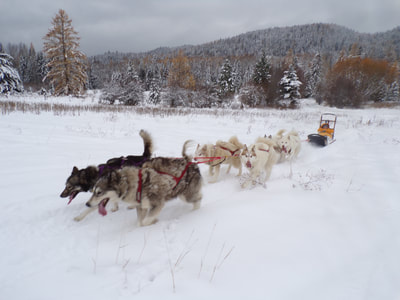 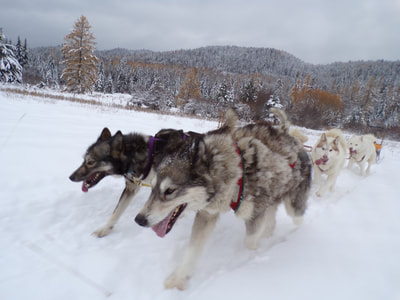 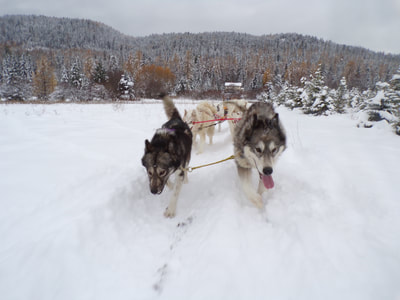 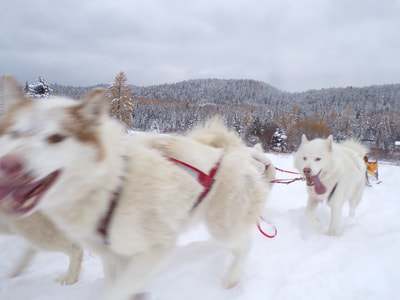 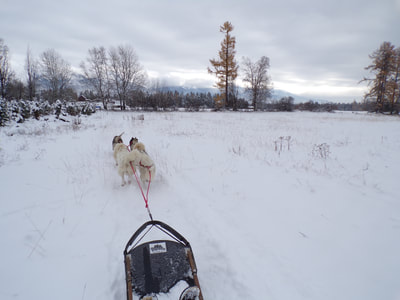 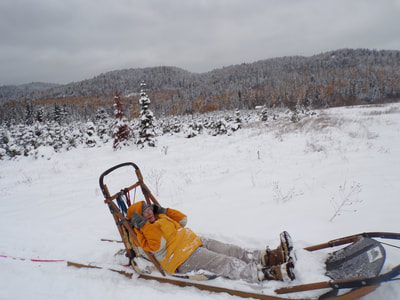 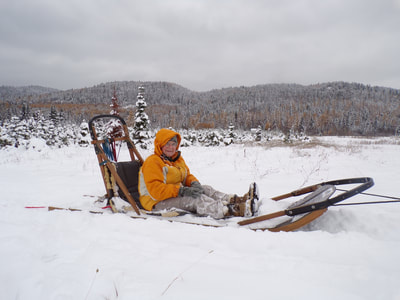 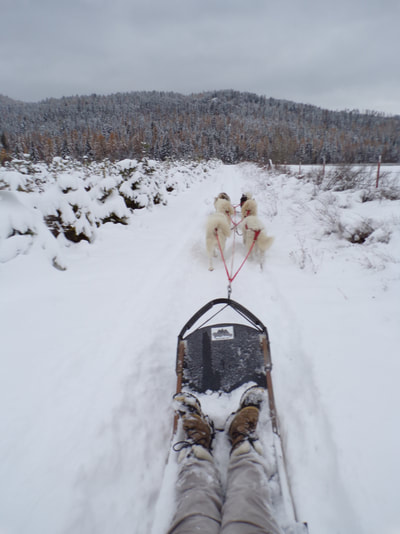 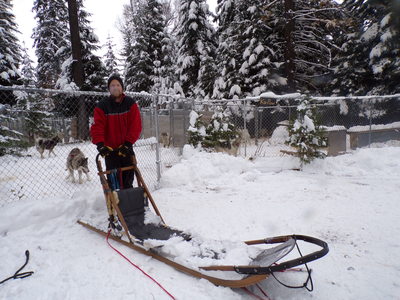 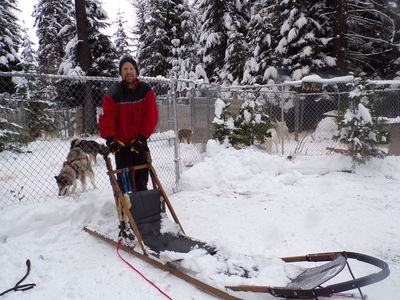