AlteCocker had 5 days in Madrid.  There was one day between her Bordeaux home hospitality and the start of the home exchange in Salamanca because her plane arrived too late to negotiate the bus to Salamanca in the same day.  That first day was devoted to the Reina Sofia, an art gallery devoted to modern art.  The signature piece in that art gallery is Picasso's "Guernica".  When she returned to Madrid at the end of her stay, the Thyssen and Prado galleries were visited.  The Thyssen is the result of a donation of a very rich couple who collected.  The Prado is, of course, the signature art gallery in Madrid for old masters and Spanish Art.  In the Thyssen photos were allowed of the paintings; they were also allowed in the Reina Sofia, but no photos of "Guernica".  Photos were not allowed in the Prado. AlteCocker is very sparing of photos of art because she has learned that an ordinary camera will not do them justice and it is better to look at the art rather than to see everything through a camera lens all the time.  Any of these galleries would make Madrid a world class art city.  Having all three of them in the same place is simply overwhelming for a short visit.  You do the best you can until you get exhausted.  In the Prado AlteCocker found the Velasquez paintings of the dwarfs to be especially moving.  The Goya signature painting "The Fourth of May" and his black paintings must be seen.  Unfortunately, by the time AlteCocker got to the El Greco's she could not look anymore.  She was "arted out". 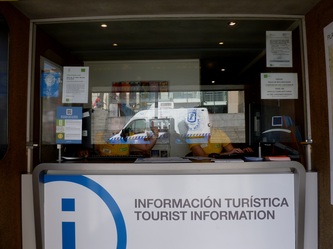 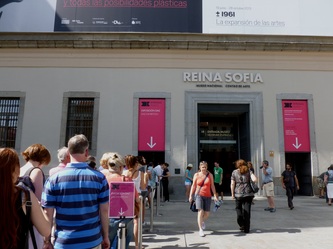 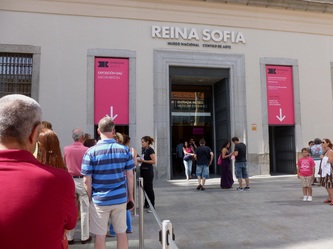 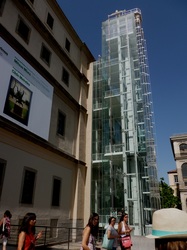 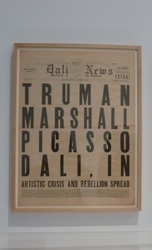 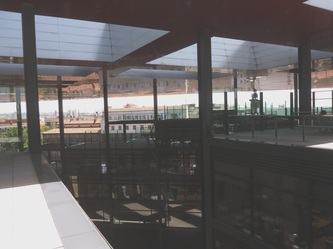 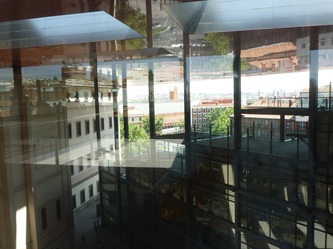 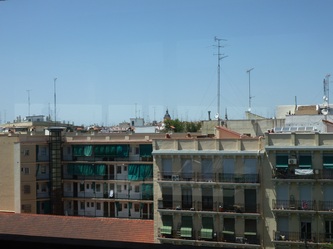 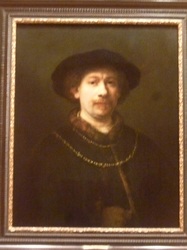 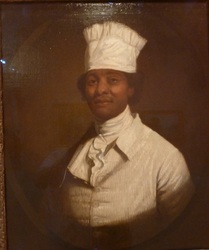 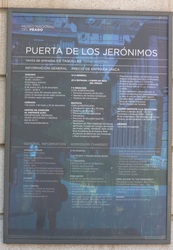 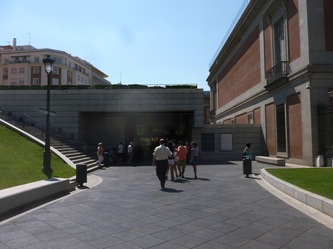 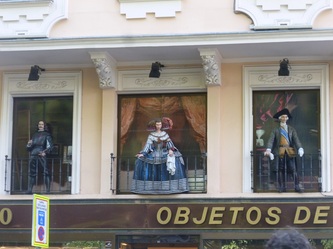 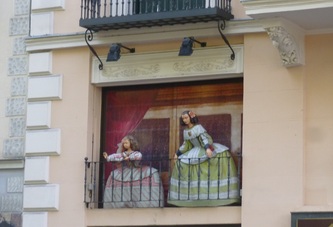 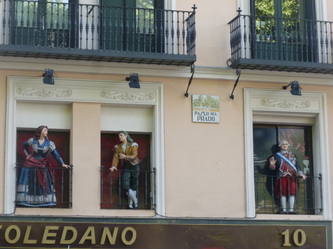